USOR 100: Celebrating a Century of Vocational Rehabilitation and Services to People with Disabilities 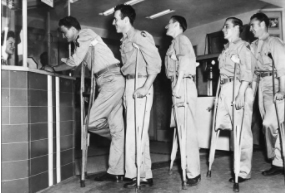 2021 marks the 100th anniversary of the Utah State office of Rehabilitation (USOR). Utah has regularly led the nation in providing services for people with disabilities and holds the distinction of starting one of the first vocational rehabilitation programs in the country.

USOR Throughout the Years